Charity trusteeship: what's it all about? 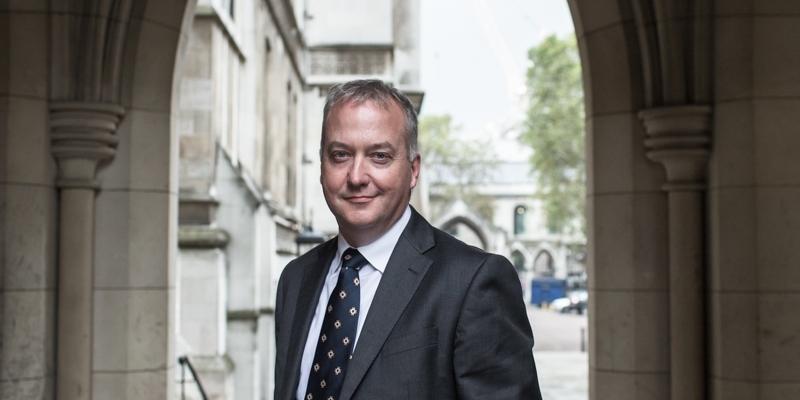 I am writing this during half-term, sitting in a converted barn in the Kentish countryside, benefitting from the natural tendency when away from work to pause for reflection. It was suggested that, as chair of LionHeart, I might write a blog to coincide with Trustees’ Week in November.  At the time, this seemed very timely, but perhaps the fact that I am away from normal routine makes the article more contemplative than might normally be the case.

Starting from first principles, what is the role of a charity trustee? My online dictionary describes a person or member of a board given powers of administration of property in trust with a legal obligation to administer it solely for purposes specified. So far so good, assuming that the assets of LionHeart can be considered property.

But what “purposes specified”?  My next reference point is LionHeart’s “objects”, as defined in our Articles of Association. These describe the prevention or relief from poverty, or the relief of beneficiaries who are in need by reason of youth, age, ill health, disability, financial hardship or other disadvantage.  The beneficiaries of LionHeart are current or former Chartered Surveyors, their spouses or partners, widows or widowers, or their dependents.

So in addition to our statutory duties as company directors, the role of the board of trustees is to have a non-operational strategic overview of the organisation, in the guise, which will be familiar to anyone who has been, say, a school governor, of a critical friend.

However at LionHeart there is a twist - the trustees are almost all Chartered Surveyors, giving an extra fraternal or sororal element to our work. There is a real sense of linkage between the trustees and the beneficiaries of the charity.

There is also a sense of heritage - LionHeart is nearly as old as the RICS - and my colleagues and I are all conscious that we are holding the baton at the moment, hoping not to let down either our many prestigious predecessors or the surveyors of the future.

The nature of the organisation has changed and adapted with the times, and will continue to do so.  We have not, for many years, simply been effectively a bank or grant-awarding body.

The focus has for some time been on preventative, proactive work, still including financial issues but encompassing so much more, from mental health to retirement planning, to support through long-term serious illnesses including cancer.

You will forgive me if I also spend a moment to dispel the common myth that we are sitting on such a large amount of cash that we do not need to fundraise.

It is true that we are much more fortunate than many charities in similar fields. Our assets are currently in the region of £20m. But this significant amount is used for one important thing - to generate much needed income.

To put the figures into context, last year we spent £1.8m on operational activities, but only raised £600K from member subscriptions (pausing there - have you ticked the box on your annual return?), making up the remainder by income from capital.  At the risk of bordering on triteness, every penny we don’t receive in donations or subscriptions is a penny we can’t spend on the profession. This deficit will only increase - our new strategic plan assumes a year on year growth in expenditure and the expansion of services. 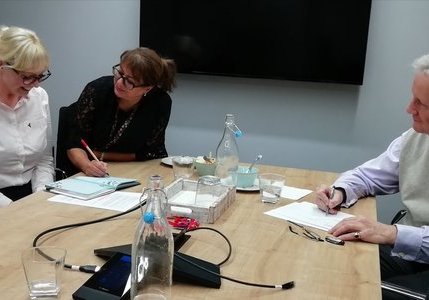 I mentioned earlier our non-operational role, but it should not be thought that this means remoteness. For instance, the trustees work in pairs to carry out biannual random audits of case files (right).

I’m sure my colleagues would agree that, of all our duties as trustees, this exercise is the most effective in shining a light on the front line of the work which our staff carry out in helping surveyors or their families, often in times of crisis or circumstances of absolute despair.

I have never driven away from an audit day without more than a tinge of emotion coupled with pride that our staff have made a difference to someone’s life.

It is this that drives us as a board of trustees. I am proud to be able to glance around the table and know that every one of us is there, not as a reason to fill a CV or to be seen to be doing something, but with a real sense of duty and obligation to help the profession. And this sense permeates through the whole of the organisation: every one of our fabulous staff team take a real pride in their work.

So as I glance outside at the chickens wandering around the hop yard, I am pleased to report that LionHeart is in good health, but the Trustees are not complacent, and we look forward to overseeing the next stage of the organisation’s development, before passing the baton on to the next generation.

Peter McCrea FRICS was appointed chair of the LionHeart board in October 2018, after 18 months as a trustee. A father-of-two, he became the youngest ever appointed surveyor member of the Lands Tribunal in 2013.

2021
October
22nd - 5 ways to get your teen talking
18th - The Positives of Menopause
13th - Baby loss and depression
12th - The pandemic’s impact on children's mental health (and what we can do about it)
8th - Don't judge a book - a story of depression and change
5th - LionHeart Back to Work support
September
29th - Post APC submission
16th - How families feel youth mental health
June
24th - 6 top tips if you’ve been referred
May
20th - Coaching for change
12th - “I’d hit absolute bottom – but it was the catalyst to seek help”
April
22nd - Spring into action by fundraising for LionHeart
March
4th - Reflecting on university mental health
February
15th - My experiences of counselling
January
20th - Worry Time - and how it helps
18th - My furlough & redundancy journey
13th - Volunteering and LionHeart
2020
November
30th - A road to change
2nd - Trusteeship through lockdown and uncertainty
October
12th - The importance of legacies
10th - Overwhelm - and overcoming it
8th - Lockdown and my mental health
September
28th - Creativity at Work
July
20th - Video
June
24th - 'If I can do it, so can you'
22nd - How to ace your APC interview online
8th - Help! I've been referred... what now?
3rd - Your coronavirus concerns, and how we're helping
May
12th - Managing health anxiety through Covid-19 - and how we helped Mike
12th - How coronavirus might be affecting your mental health
March
31st - Rising to the coronavirus challenge
24th - Keep connecting - in a different way
13th - Demonstrating our impact
February
4th - "Cancer wasn't meant to happen to us"
4th - The Big C and grabbing life
January
30th - My journey as a charity trustee
7th - Top 10 tips for CVs and interviews
2019
December
9th - Grief and loss at Christmas
November
7th - Charity trusteeship
6th - How counselling can help manage stress
October
9th - Living with anxiety and depression
July
10th - How coaching can help
May
16th - Changing attitudes to mental health
15th - The vicious circle of body image & mental health
14th - Social Anxiety & how we can help
April
11th - Life with Parkinson's
March
29th - What is Bipolar?
29th - The one about the Bipolar surveyor...
12th - Memory tips from the training front line
January
22nd - Losing a parent
8th - Frequently asked questions about LionHeart
2018
December
7th - LionHeart's support was a game-changer when I failed APC
August
16th - When the reality of motherhood doesn't quite go to plan
July
10th - The story behind surveying's Sisterhood Summit
2nd - The rollercoaster of being a first-time dad
June
22nd - My father's suicide and what I've learnt
14th - Tips for your RICS APC final assessment interview
7th - Trust in the charity sector
May
21st - Is it really okay to not be okay?
April
17th - Building resilience through your APC
January
8th - 7 ways to get more active this year
2017
December
4th - Coping with loss and grief at Christmas
October
5th - "I was told I might not be cut out to be a surveyor"
September
26th - Resilience, and why we need it
August
21st - APC Revision Top Ten Tips
July
12th - LionHeart on new fundraising code of practice
June
19th - Living with 'invisible' illness
14th - How LionHeart helped us live life
13th - Men's Health Week 2017
May
22nd - Living with panic attacks
18th - Why we must care about work life balance
11th - The chicken-and-egg of mental health and shame
February
2nd - What I learnt from Dry January
January
31st - "My 19-year journey to MRICS is what made me"
5th - Ways to be kind to yourself in 2017
2016
September
7th - Suicide prevention
August
1st - Coping with APC stress
July
13th - "I constantly watch my husband for suicidal signs"
May
26th - Dealing with referral at APC Final Assessment
19th - How mindfulness can help your relationships
18th - "I live, and thrive, with depression"
17th - Men and mental health
16th - Mental health and your relationship
April
26th - Starting out in surveying
March
11th - A happy retirement
February
1st - My Dry(ish) January
January
21st - Spring clean your finances
6th - When to consider couples counselling
2015
December
4th - Having a (financially) healthier Christmas
November
19th - Identifying and dealing with workplace bullying
18th - How to help a loved one with an addiction
June
15th - Reflections on the Lionheart Surveyors’ Football League season
12th - Carers
10th - How LionHeart can support carers
9th - Desktop Relaxation techniques
May
29th - Techniques to help combat anxiety
20th - Helping a family member with depression
18th - Achievements that make a difference
16th - Five things that may indicate your colleague needs help
11th - Helping during a panic attack