Don't judge a book - a story of depression and change 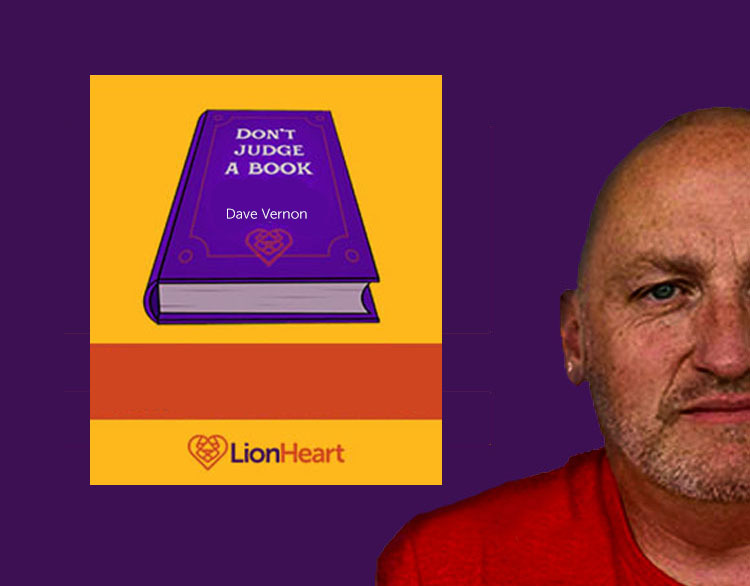 My story starts in a small Nottinghamshire mining village where my dad was a miner and my mum a cleaner. I had a tough, gritty upbringing that was very typical of the 1970s at the time where we’d play out until it got dark and that was our cue to go in.

I was successful at the local big comprehensive but despite that, didn’t really enjoy school, and left at 16 to take up an electrical apprenticeship. A few years later I joined the Royal Navy as a marine engineer and saw action in Bosnia, later going to work in a power station that was full of ex-Navy veterans like me.

I got married and my wife and I moved back to Nottinghamshire where we began to settle down, having two children and buying a lovely home, having nice holidays. I also had time to indulge my hobbies of riding fast motorbikes, rowing and playing rugby for a local club.

I’d also begun to work in project management and realised that was where my heart lay, and set about getting my degree while I worked and becoming chartered.

Life seemed pretty good until, several years later, something changed in me and it was like a cloud descended. As my depression deepened, I became increasingly withdrawn. I stopped going out, engaging at work, and couldn’t be bothered with things I normally took pleasure in.

I got some counselling through my work and was encouraged to go to the GP, where I burst into tears and left with a prescription for antidepressants after being there all of four minutes. Rightly or wrongly, I never took the medication as I was frightened of somehow becoming dependent on it, but I did continue with the counselling.

It was painful. We went right back to childhood, we talked about work, whether it was any of those things causing the way I was feeling.

I started to realise what it was.

But the thought was so utterly terrifying to me I just could not face it or say it. And sometimes I would go to my counsellor and sit there for an hour, unable to say a word.

"I would regularly go to the top of the building and think, this is my way out"

At the time I was working on a big project for the University of Leicester. I made plans how I could jump from the top of a very high building that I was working on - this was my way out. I would regularly visit the top of the building and think, all this would go away. My life was spinning out of control and this was my way of regaining some control.

I realised things needed to change - but in doing that, life would never be the same again, and I prepared to lose everything I had; my home, family, career.

I had to accept the fact that I’m gay.

It took me 46 years to be able to say those words - 46 years of acting the way everyone expected me to act. Fear of rejection, humiliation and carrying the weight of expectation I should be like everyone else from my small Nottinghamshire mining town or the rather macho environments I had then gone to work in kept me from ever allowing myself to be content or my true self.

So I finally told my wife the secret I’d hidden for so long. Then we told the children together that I had been ill, the reason why and what I now had to do to fully recover.

My son was very upset. We were very close and he was upset I had been ill and not told him.

My daughter was upset. She was worried she wouldn’t see me much if me and her mum separated.

Neither, as it turned out, were in the least bit bothered that their Dad was gay…

"Never judge a book by its cover: it's impossible to know what's going on in someone's life"﻿

My story doesn’t end there. I later met a guy called Ian, and we later got married. My ex wife and children get on well with him and I feel incredibly fortunate that I managed to come out of what could have been a terrible situation - largely because of my ex wife and children being so understanding.

So how did I get from carefully planning how I would end my own life to being happily married with wonderful support from my family and friends?

The answer is, by talking. And it took a lot of talking. Being able to be my true self is so liberating. The fear of being “found out” affects your mental health. The pressure is immense.

I suppose the moral of my story is that anyone can be struck by mental illness. The reason may not be obvious, to the outside world or to the person themselves, straight away. It’s impossible to understand what’s going on in someone’s life and so you should never judge a book by its cover.

I think of mental ill health as carrying two heavy dumbbells. One of them is your actual mental health issue, the way you feel. The other dumbbell is the secrecy, stigma and isolation of keeping it to yourself. If you start to talk to someone and open up about how you feel,  you immediately put down one of those heavy dumbbells. You can then put the energy and time into dealing with the root cause.

If telling my story helps a single person in any way, it’s worthwhile! To anyone reading this who is struggling, I’d encourage you to put down one dumbbell… I don’t like to think of how my story would have ended if I hadn’t.

Dave Vernon MRICS is one of the LionHeart mental health ambassadors.

2021
October
22nd - 5 ways to get your teen talking
18th - The Positives of Menopause
13th - Baby loss and depression
12th - The pandemic’s impact on children's mental health (and what we can do about it)
8th - Don't judge a book - a story of depression and change
5th - LionHeart Back to Work support
September
29th - Post APC submission
16th - How families feel youth mental health
June
24th - 6 top tips if you’ve been referred
May
20th - Coaching for change
12th - “I’d hit absolute bottom – but it was the catalyst to seek help”
April
22nd - Spring into action by fundraising for LionHeart
March
4th - Reflecting on university mental health
February
15th - My experiences of counselling
January
20th - Worry Time - and how it helps
18th - My furlough & redundancy journey
13th - Volunteering and LionHeart
2020
November
30th - A road to change
2nd - Trusteeship through lockdown and uncertainty
October
12th - The importance of legacies
10th - Overwhelm - and overcoming it
8th - Lockdown and my mental health
September
28th - Creativity at Work
July
20th - Video
June
24th - 'If I can do it, so can you'
22nd - How to ace your APC interview online
8th - Help! I've been referred... what now?
3rd - Your coronavirus concerns, and how we're helping
May
12th - Managing health anxiety through Covid-19 - and how we helped Mike
12th - How coronavirus might be affecting your mental health
March
31st - Rising to the coronavirus challenge
24th - Keep connecting - in a different way
13th - Demonstrating our impact
February
4th - "Cancer wasn't meant to happen to us"
4th - The Big C and grabbing life
January
30th - My journey as a charity trustee
7th - Top 10 tips for CVs and interviews
2019
December
9th - Grief and loss at Christmas
November
7th - Charity trusteeship
6th - How counselling can help manage stress
October
9th - Living with anxiety and depression
July
10th - How coaching can help
May
16th - Changing attitudes to mental health
15th - The vicious circle of body image & mental health
14th - Social Anxiety & how we can help
April
11th - Life with Parkinson's
March
29th - The one about the Bipolar surveyor...
29th - What is Bipolar?
12th - Memory tips from the training front line
January
22nd - Losing a parent
8th - Frequently asked questions about LionHeart
2018
December
7th - LionHeart's support was a game-changer when I failed APC
August
16th - When the reality of motherhood doesn't quite go to plan
July
10th - The story behind surveying's Sisterhood Summit
2nd - The rollercoaster of being a first-time dad
June
22nd - My father's suicide and what I've learnt
14th - Tips for your RICS APC final assessment interview
7th - Trust in the charity sector
May
21st - Is it really okay to not be okay?
April
17th - Building resilience through your APC
January
8th - 7 ways to get more active this year
2017
December
4th - Coping with loss and grief at Christmas
October
5th - "I was told I might not be cut out to be a surveyor"
September
26th - Resilience, and why we need it
August
21st - APC Revision Top Ten Tips
July
12th - LionHeart on new fundraising code of practice
June
19th - Living with 'invisible' illness
14th - How LionHeart helped us live life
13th - Men's Health Week 2017
May
22nd - Living with panic attacks
18th - Why we must care about work life balance
11th - The chicken-and-egg of mental health and shame
February
2nd - What I learnt from Dry January
January
31st - "My 19-year journey to MRICS is what made me"
5th - Ways to be kind to yourself in 2017
2016
September
7th - Suicide prevention
August
1st - Coping with APC stress
July
13th - "I constantly watch my husband for suicidal signs"
May
26th - Dealing with referral at APC Final Assessment
19th - How mindfulness can help your relationships
18th - "I live, and thrive, with depression"
17th - Men and mental health
16th - Mental health and your relationship
April
26th - Starting out in surveying
March
11th - A happy retirement
February
1st - My Dry(ish) January
January
21st - Spring clean your finances
6th - When to consider couples counselling
2015
December
4th - Having a (financially) healthier Christmas
November
19th - Identifying and dealing with workplace bullying
18th - How to help a loved one with an addiction
June
15th - Reflections on the Lionheart Surveyors’ Football League season
12th - Carers
10th - How LionHeart can support carers
9th - Desktop Relaxation techniques
May
29th - Techniques to help combat anxiety
20th - Helping a family member with depression
18th - Achievements that make a difference
16th - Five things that may indicate your colleague needs help
11th - Helping during a panic attack