How coaching can help 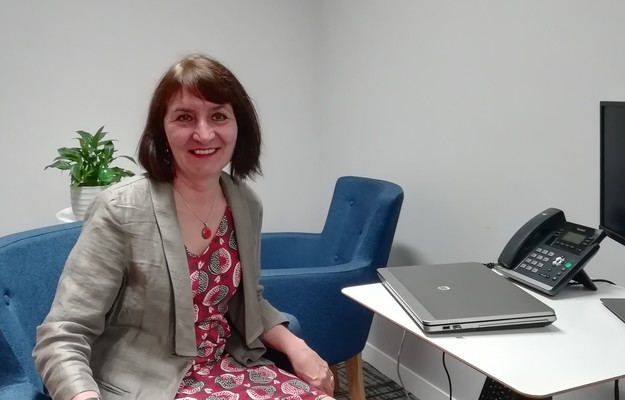 People often think about coaching in sporting terms - honing an athlete’s techniques so they can be the best they can be and achieve their full potential.

So why wouldn’t that same principle apply to life, or work?

Well, it can and it does - and that’s why LionHeart offers coaching alongside its other support services.

Who can benefit?
Anyone really - people who feel there’s a gap between where they are and where they’d like to be, from those at an early stage in their career, right through to what you might call high achievers with many years of experience.

Key areas might be performance: what’s holding them back? What’s important to them in life, and where do they want to be? Where do they perceive the gaps to be - a lack of confidence, or specific skills or knowledge?

Learning and development is one of the main reasons for engaging in coaching, and identifying what they would like to try differently is key: maybe preparing for a new role or promotion, or looking at anxiety or confidence issues.

Being a coach is a bit like being a sounding board. My job is to help them gain a greater understanding of what they want to change and what might be holding them back.

Often, we find people contact us for further support after they attend one of our wellbeing or resilience workshops and realise they would benefit from further one-on-one support.

Another big issue I see is a desire to stop the ‘boom and bust’ style of working. These are often people who achieve highly and give work their all - but perhaps find it difficult to let go, to the detriment of other areas of their life.

This can include surveyors returning to work after a period off with stress. Maybe they’ve had counselling through LionHeart already and now want to approach things differently. With counselling, you’ve gained some understanding and ways of dealing with anxiety. Coaching can then step in to help you maintain those strategies so you don’t go back to where you were.

So what does coaching involve?
Coaching is a structured, confidential, professional relationship. You have to have a goal or want to make practical changes in life. If someone wants to talk and offload, that’s fine, but that’s support, not coaching.

Together, we explore their current situation, any difficulties, and realistic changes that can be made.

They make their own choices for their future goals. You don’t tell them what to do -that’s not what coaching is!

What’s the most rewarding thing for a coach?
It’s really rewarding to help people focus on challenges they face and take steps towards long term changes. It’s a privilege to share a part of their journey and see them on their way to being happier or more fulfilled.

Typically, how long might you work with a coachee?
Usually, a few sessions over three or four months, sometimes up to six months. There is always a gap of at least two to three weeks between sessions so they can focus on the tasks you’ve agreed at previous sessions.

What does a person need to do to benefit?
They need to have made a commitment towards making some kind of change. If they are not in that place, then coaching is not right for them at that point. They also need to be willing to try new things as they work towards their goals.

For example, I worked with Marie as she prepared for her APC. We concentrated on time management skills so she could fit her studies in with work and practised presentation skills so she was as confident as she could be on the day (which went very well!)

Another example was Jo, who was working very long hours in a senior role. She desperately wanted to do something she saw as more meaningful in life, but didn’t know where to start. Initially she came to LionHeart for legal advice after a dispute with her employers over her long hours. She later accepted coaching and eventually ended up taking a new job in a different area of surveying which, although less well paid, meant she was happier in her work life and also had time to focus on her interests outside work. Coaching helped her make those decisions.

I also worked with Mark, who had counselling after being off work with long-term stress. We looked at how to manage his return into the workplace, set boundaries and manage his different areas of responsibility so he could maintain a sustainable balance between his career and his health.

Clare Davis has been a LionHeart support officer for 23 years. She holds an ILM (Institute of Learning and Management) coaching qualification.

2021
March
4th - Reflecting on university mental health
February
15th - My experiences of counselling
January
20th - Worry Time - and how it helps
18th - My furlough & redundancy journey
13th - Volunteering and LionHeart
2020
November
30th - A road to change
2nd - Trusteeship through lockdown and uncertainty
October
12th - The importance of legacies
10th - Overwhelm - and overcoming it
8th - Lockdown and my mental health
September
28th - Creativity at Work
July
20th - Video
June
24th - 'If I can do it, so can you'
22nd - How to ace your APC interview online
8th - Help! I've been referred... what now?
3rd - Your coronavirus concerns, and how we're helping
May
12th - How coronavirus might be affecting your mental health
12th - Managing health anxiety through Covid-19 - and how we helped Mike
March
31st - Rising to the coronavirus challenge
24th - Keep connecting - in a different way
13th - Demonstrating our impact
February
4th - The Big C and grabbing life
4th - "Cancer wasn't meant to happen to us"
January
30th - My journey as a charity trustee
7th - Top 10 tips for CVs and interviews
2019
December
9th - Grief and loss at Christmas
November
7th - Charity trusteeship
6th - How counselling can help manage stress
October
9th - Living with anxiety and depression
July
10th - How coaching can help
May
16th - Changing attitudes to mental health
15th - The vicious circle of body image & mental health
14th - Social Anxiety & how we can help
April
11th - Life with Parkinson's
March
29th - What is Bipolar?
29th - The one about the Bipolar surveyor...
12th - Memory tips from the training front line
January
22nd - Losing a parent
8th - Frequently asked questions about LionHeart
2018
December
7th - LionHeart's support was a game-changer when I failed APC
August
16th - When the reality of motherhood doesn't quite go to plan
July
10th - The story behind surveying's Sisterhood Summit
2nd - The rollercoaster of being a first-time dad
June
22nd - My father's suicide and what I've learnt
14th - Tips for your RICS APC final assessment interview
7th - Trust in the charity sector
May
21st - Is it really okay to not be okay?
April
17th - Building resilience through your APC
January
8th - 7 ways to get more active this year
2017
December
4th - Coping with loss and grief at Christmas
October
5th - "I was told I might not be cut out to be a surveyor"
September
26th - Resilience, and why we need it
August
21st - APC Revision Top Ten Tips
July
12th - LionHeart on new fundraising code of practice
June
19th - Living with 'invisible' illness
14th - How LionHeart helped us live life
13th - Men's Health Week 2017
May
22nd - Living with panic attacks
18th - Why we must care about work life balance
11th - The chicken-and-egg of mental health and shame
February
2nd - What I learnt from Dry January
January
31st - "My 19-year journey to MRICS is what made me"
5th - Ways to be kind to yourself in 2017
2016
September
7th - Suicide prevention
August
1st - Coping with APC stress
July
13th - "I constantly watch my husband for suicidal signs"
May
26th - Dealing with referral at APC Final Assessment
19th - How mindfulness can help your relationships
18th - "I live, and thrive, with depression"
17th - Men and mental health
16th - Mental health and your relationship
April
26th - Starting out in surveying
March
11th - A happy retirement
February
1st - My Dry(ish) January
January
21st - Spring clean your finances
6th - When to consider couples counselling
2015
December
4th - Having a (financially) healthier Christmas
November
19th - Identifying and dealing with workplace bullying
18th - How to help a loved one with an addiction
June
15th - Reflections on the Lionheart Surveyors’ Football League season
12th - Carers
10th - How LionHeart can support carers
9th - Desktop Relaxation techniques
May
29th - Techniques to help combat anxiety
20th - Helping a family member with depression
18th - Achievements that make a difference
16th - Five things that may indicate your colleague needs help
11th - Helping during a panic attack