How counselling can help manage stress 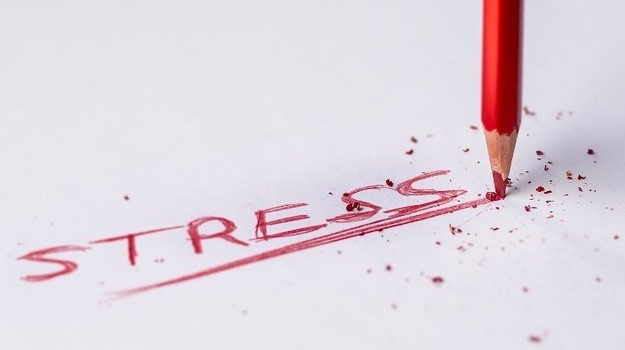 Stress is staggeringly common. A recent survey of UK adults indicated that almost three-quarters had felt stressed to the point of being unable to cope in the last year.

One of the biggest concerns about stress is that people can be really struggling with its negative effects, but often presume it’s something they need to learn to live with.

Stress can impact on your thoughts, feelings and also how you behave. Prolonged exposure to stress symptoms has a cumulative effect on the human body and can be linked to disruptions in sleep patterns, headaches, weight gain or weight loss. There are also potential links to other health issues such as high blood pressure, heart disease, obesity and diabetes.

As a counsellor working with stress, one of the first things to try and do is identify what the trigger situations are. These will be individual for every person, but may include stress linked to work, either generally or perhaps connected to a particular project or a working relationship that is tricky or has broken down.

People sometimes presume that stress is work-related, but worry over personal finances, illness or relationship issues can also be triggers. Counselling in a person-centred way I’d seek to understand a client’s triggers, attempting to understand as clearly as possible the root cause of the difficulties as the client sees and experiences them. The aim would be to then link in strategies and techniques to help the client be more aware of their stressful situations and how they might manage them in a way that stops their stress feeling quite so overwhelming.

How counselling helped James
Earlier this year I worked with a young, recently promoted surveyor, James, who was struggling with stress and anxiety he believed was connected to work as he juggled deadlines on multiple projects.

It soon became clear that James was also experiencing stress at home, in the process of buying a new house, and struggling with a problematic relationship with his parents.

Having spent several months trying to power through how he was feeling, James asked LionHeart for counselling. He was not sleeping well, felt he was making a lot of mistakes at work and trying to balance that alongside having quite heated arguments at home.

The thoughts around making mistakes at work had become quite invasive and would often become out of control quite quickly. Negative thoughts would start to block out everything else; he’d feel very panicky and unable to believe in himself.

We started looking at mindfulness and guided meditation exercises which helped James feel more relaxed. With time and persistence, he was able to use these in everyday life to help him feel more grounded.

In order to try and work with the negative thoughts, we used a thought record. This is CBT technique, which asks a client to record negative thoughts, but also to think about what supports that thought as well as the evidence that challenges it. Sharing these as part of a counselling session helps a client to unpack the thoughts in a way that pushes them but is safe.

We then started to look at what was within James’s control, because his stress had left him feeling overwhelmed and unable to focus. Pulling together a list allowed James to see that there were things that he could take control of and change if he wanted to - but also that some were not within his control.

James now feels more able to identify his stress triggers and use the techniques he has learnt to cope better. He no longer feels overwhelmed and is happier at work and at home.

Things you might not know about stress...
Stress can literally break your heart. Takotsubo cardiomyopathy, or “broken heart syndrome,” occurs when the bottom of the heart balloons into the shape of a pot. It’s caused when grief or another extreme stressor makes stress hormones flood the heart.

The hormone cortisol﻿ is responsible for a lot of these ill effects. Elevated cortisol gives us a short-term boost but also suppresses the immune system, elevates blood sugar, and impedes bone formation.

Even the next generation pays a price: Researchers at the University of California find an association between high cortisol in mothers during late pregnancy and lower IQs in their children at age 7.

It can actually be good for you. Some major life changes like a new relationship, a promotion, or a relocation can all be good stressors, so embrace them!

Mark Hodson MBACP is one of LionHeart's counsellors. To find out more about our free professional counselling please click here

2021
March
4th - Reflecting on university mental health
February
15th - My experiences of counselling
January
20th - Worry Time - and how it helps
18th - My furlough & redundancy journey
13th - Volunteering and LionHeart
2020
November
30th - A road to change
2nd - Trusteeship through lockdown and uncertainty
October
12th - The importance of legacies
10th - Overwhelm - and overcoming it
8th - Lockdown and my mental health
September
28th - Creativity at Work
July
20th - Video
June
24th - 'If I can do it, so can you'
22nd - How to ace your APC interview online
8th - Help! I've been referred... what now?
3rd - Your coronavirus concerns, and how we're helping
May
12th - How coronavirus might be affecting your mental health
12th - Managing health anxiety through Covid-19 - and how we helped Mike
March
31st - Rising to the coronavirus challenge
24th - Keep connecting - in a different way
13th - Demonstrating our impact
February
4th - "Cancer wasn't meant to happen to us"
4th - The Big C and grabbing life
January
30th - My journey as a charity trustee
7th - Top 10 tips for CVs and interviews
2019
December
9th - Grief and loss at Christmas
November
7th - Charity trusteeship
6th - How counselling can help manage stress
October
9th - Living with anxiety and depression
July
10th - How coaching can help
May
16th - Changing attitudes to mental health
15th - The vicious circle of body image & mental health
14th - Social Anxiety & how we can help
April
11th - Life with Parkinson's
March
29th - What is Bipolar?
29th - The one about the Bipolar surveyor...
12th - Memory tips from the training front line
January
22nd - Losing a parent
8th - Frequently asked questions about LionHeart
2018
December
7th - LionHeart's support was a game-changer when I failed APC
August
16th - When the reality of motherhood doesn't quite go to plan
July
10th - The story behind surveying's Sisterhood Summit
2nd - The rollercoaster of being a first-time dad
June
22nd - My father's suicide and what I've learnt
14th - Tips for your RICS APC final assessment interview
7th - Trust in the charity sector
May
21st - Is it really okay to not be okay?
April
17th - Building resilience through your APC
January
8th - 7 ways to get more active this year
2017
December
4th - Coping with loss and grief at Christmas
October
5th - "I was told I might not be cut out to be a surveyor"
September
26th - Resilience, and why we need it
August
21st - APC Revision Top Ten Tips
July
12th - LionHeart on new fundraising code of practice
June
19th - Living with 'invisible' illness
14th - How LionHeart helped us live life
13th - Men's Health Week 2017
May
22nd - Living with panic attacks
18th - Why we must care about work life balance
11th - The chicken-and-egg of mental health and shame
February
2nd - What I learnt from Dry January
January
31st - "My 19-year journey to MRICS is what made me"
5th - Ways to be kind to yourself in 2017
2016
September
7th - Suicide prevention
August
1st - Coping with APC stress
July
13th - "I constantly watch my husband for suicidal signs"
May
26th - Dealing with referral at APC Final Assessment
19th - How mindfulness can help your relationships
18th - "I live, and thrive, with depression"
17th - Men and mental health
16th - Mental health and your relationship
April
26th - Starting out in surveying
March
11th - A happy retirement
February
1st - My Dry(ish) January
January
21st - Spring clean your finances
6th - When to consider couples counselling
2015
December
4th - Having a (financially) healthier Christmas
November
19th - Identifying and dealing with workplace bullying
18th - How to help a loved one with an addiction
June
15th - Reflections on the Lionheart Surveyors’ Football League season
12th - Carers
10th - How LionHeart can support carers
9th - Desktop Relaxation techniques
May
29th - Techniques to help combat anxiety
20th - Helping a family member with depression
18th - Achievements that make a difference
16th - Five things that may indicate your colleague needs help
11th - Helping during a panic attack