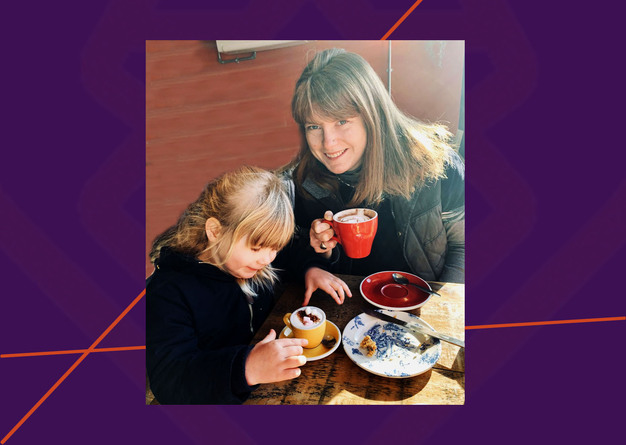 Ten years ago, a doctor looked me in the eye and said I needed to take some time off work for my mental health.

After some consideration I told her I could probably manage a few days in three weeks’ time.  She smiled gently and said it needed to be sooner and it was probably going to take a bit longer. I was referred to a psychologist and, to cut a very long story short, I was off work for about six months.

It wasn’t the first time I’d had a doctor say I had depression. I’d had a bout during my A-Levels and another at university. Both times I’d been treated with a bit of CBT, some medication, and largely pushed through, with some rejigging of my academic timetable to spread the work out a bit.

But this time they were talking about depression and anxiety, which I just didn’t recognise as something I suffered from.

I had a good relationship with my manager and did not worry telling him about my mental health; I was more concerned that I was going to be missing key milestones on projects. But he told me to take as much time as I needed, which was exactly what I needed to hear.

I was very fortunate and I had fantastic care. In those six months off work, I really explored my mental illness - how I dealt with stress, my sense of self-worth and, frankly, turning 30.

I had never looked at my mental health through a lens of anxiety but, with help from amazing professionals, I came to see just how much of my life is run on adrenaline, how I was stressing my body by pushing through situations that kept me awake at night worrying.

"I'm still an anxious person; I just own it better now"

I began to realise that my chronic insomnia was deeply rooted in a whole lot of fear. It was the numb feeling of depression paradoxically combined with complete despair that had taken me to the doctor, but it was the anxiety that had really got me to that place. It had robbed me of sleep, left me feeling powerless and lied to me.

It was a painful process, I faced a lot of fears and examined them critically to find many things I held as “true” were just in my head. But as well as tackling some of the really buried things, I also learnt to observe what is going on in my thoughts, address things early and not let them spiral.

The result is not that I’m now completely care-free and cured of my anxiety - I am still an anxious person.

But the difference is, I own it, I recognise it and a lot of the time I am successful in preventing it from building up.

I perceive, and can articulate, the cold hand of fear around my heart and I can take steps to address it. That is not to say I’m always successful: I am sometimes still to be found weeping from overwhelm but overall, I’m on a more even keel. And sometimes, I even choose to not do things because the anxiety they induce isn’t worth the trade off - revolutionary!

Coming back to the office was hard but I had great support through the Return to Work process which enabled me to come back on a phased basis, easing me back into the pace of the business.

"Workplace policies & a culture of understanding are so important"

Policies are so important to support this but also a culture of understanding and talking about mental health, so that these policies are applied with compassion. My manager was very supportive and I’ve tried to learn from his actions to help me in turn support other colleagues. I’ve also really opened up about my mental health at work and spoken at events to highlight the importance of being aware of the impact it can have.

It is vital that mental health is on the radar in the workplace because it makes It easier to access help and, ultimately, recover well.

I first heard about LionHeart as an APC candidate, initially just looking at the content online. I have been so impressed by the work that they do to support surveyors in crisis, but also the wide range of preventative measures that can help avert the crisis in the first place.  Prevention really is better than cure and LionHeart is enabling people to be more self-aware and consider how they are feeling and how they can address that and improve their lives.

Becoming a Trustee for LionHeart was a real honour: it feels like a way that I can support others through challenging times. I’m always keen to promote their work and talk about the wide range of support the charity offers.

If I’m honest the past few months have been challenging, another milestone birthday approaches - but this time I saw it coming. I named it and I called it out as my stressor and now it is an excuse for a lot of cake and a walk in the woods with friends.

Philippa Sampson-Bancroft MRICS has worked in housing and regeneration throughout her public sector career, qualifying as a planning and development surveyor in 2016. She became a LionHeart trustee in 2020.