Living with panic attacks: my story 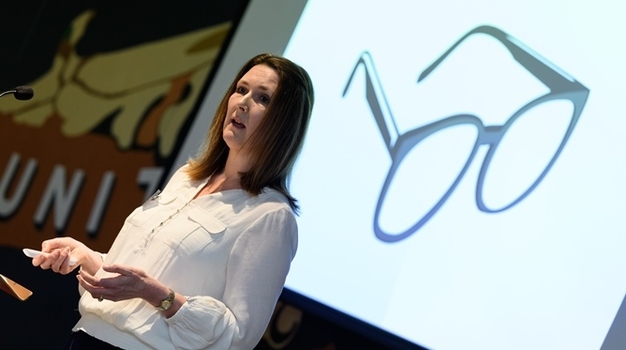 It can be really hard to explain to someone what it’s like dealing with a mental health issue and trying to work at the same time.

Take a minute to imagine something that really scares you - sky diving, a big spider - and how that makes you feel. Chances are you feel fear, nausea, dizziness, that feeling in the pit of your stomach.

Now imagine getting ready for a meeting or preparing to go into the office, and feeling all those things - mixed with despair, disgust and shame because you feel like that and you think no-one else does.

Think about having to take your kids to school, a minute’s walk away, but being unable to make it out of the door. Or being stuck in a traffic jam, desperate to get out but knowing there’s nowhere to go.

These have all been regular occurrences for me for many years, on and off. Sometimes I’m clear of panic attacks for a couple of years, sometimes I feel it building up, and sometimes it comes out of nowhere.

Before, I was a normal (whatever that means) student, enjoying university life with no real worries.

I remember my first panic attack. I got on the train to work one morning and started to feel light-headed and sweaty, with stomach cramps. My hands tingled, my legs were like jelly, and I began to see stars. When I got to the station I rang in sick, putting it down to a virus, and went home, feeling exhausted for the rest of the day.

This happened on a few occasions so eventually I saw the doctor, who diagnosed panic attacks.

The problem is that although they are very physical in how they affect you, they come from your brain. You worry desperately about the next one, so you begin to avoid those situations and it becomes a self-fulfilling prophecy. The more it happens, the more you withdraw until you can completely isolate yourself.

In my case, anxiety then set in as well.

In 1997, I was virtually housebound for a year, socially at least. The only thing I could do was keep going to work, because I knew otherwise I may become reclusive. I cut out most social occasions, rarely going out, even to see friends.

At work, I carried on as normal (to those around me) but on a daily basis it would cause me problems and could be quite exhausting.

For me, the triggers were:

Pretty much the life of a surveyor, really!

They were all situations I felt I had to put on a front of being ok, when in fact I wasn’t. I withdraw into myself to deal with the anxiety, which means I may come across as antisocial or aloof at times.

Luckily I had a very flexible career, so where possible I organised meetings somewhere I felt comfortable and tried to avoid early mornings, and using public transport.

I worked for some great companies and work was what kept me going. But after a prolonged period with an excessively heavy workload and feeling my requests for help were ignored, I developed depression and ended up having to take time off work. Before then, I could never understand how people could end up in that situation. I thought I was strong, not weak.

The problem was, I’d tried to be strong on my own for too long, until my brain said ‘Enough’. Just like when you get a cold, and your body is saying it needs a rest.

I was off work for a few months, returning gradually occupational health assessments and some counselling. Eventually though, I knew it wasn’t working so I resigned and ended up setting up on my own, which gives me much more freedom.

Five years on, and although at the moment I feel fairly strong, I know my mental health issues will never go away. It’s part of me, like having brown hair and eyes - but it doesn’t mean I can’t be a good surveyor as well.

I do feel there is a change in understanding and openness surrounding mental health, and the more people talk about it becomes less of a stigma. I hope my personal story may make other people who are struggling realise they are not alone, and that they can ask for support.

If you have not had any experience of these issues yourself, I hope it may give some small insight into the impact mental health issues can have. Talking and listening is key.

Kirsty Harvey MRICS is director at KTD Surveying and is a LionHeart mental health ambassador. She shared her story at two of the recent John O'Halloran Symposium events.

2022
May
18th - Coaching to unlock a new future
12th - How to help your lonely teen
9th - Asking for help - as the helper
April
28th - Why talking about dying is so important
7th - 9 simple ways to cut stress
March
23rd - Living & succeeding with ADHD
16th - ‘I came to see how much of my life was run on adrenaline’
February
10th - "My daughter didn't want to be here any more"
4th - My life-changing cancer diagnosis
January
13th - Reassessing how you drink
4th - Looking to the future
2021
November
19th - How alcohol almost cost me everything
18th - Children's grief and how to help
16th - Alcohol, anxiety and how secrets keep you sick
4th - "I had no idea stress could cause a real physical pain"
October
22nd - 5 ways to get your teen talking
18th - The Positives of Menopause
13th - Baby loss and depression
12th - The pandemic’s impact on children's mental health (and what we can do about it)
8th - Don't judge a book - a story of depression and change
5th - LionHeart Back to Work support
September
29th - Post APC submission
16th - How families feel youth mental health
June
24th - 6 top tips if you’ve been referred
May
20th - Coaching for change
12th - “I’d hit absolute bottom – but it was the catalyst to seek help”
April
22nd - Spring into action by fundraising for LionHeart
March
4th - Reflecting on university mental health
February
15th - My experiences of counselling
January
20th - Worry Time - and how it helps
18th - My furlough & redundancy journey
13th - Volunteering and LionHeart
2020
November
30th - A road to change
2nd - Trusteeship through lockdown and uncertainty
October
12th - The importance of legacies
10th - Overwhelm - and overcoming it
8th - Lockdown and my mental health
September
28th - Creativity at Work
July
20th - Video
June
24th - 'If I can do it, so can you'
22nd - How to ace your APC interview online
8th - Help! I've been referred... what now?
3rd - Your coronavirus concerns, and how we're helping
May
12th - How coronavirus might be affecting your mental health
12th - Managing health anxiety through Covid-19 - and how we helped Mike
March
31st - Rising to the coronavirus challenge
24th - Keep connecting - in a different way
13th - Demonstrating our impact
February
4th - "Cancer wasn't meant to happen to us"
4th - The Big C and grabbing life
January
30th - My journey as a charity trustee
7th - Top 10 tips for CVs and interviews
2019
December
9th - Grief and loss at Christmas
November
7th - Charity trusteeship
6th - How counselling can help manage stress
October
9th - Living with anxiety and depression
July
10th - How coaching can help
May
16th - Changing attitudes to mental health
15th - The vicious circle of body image & mental health
14th - Social Anxiety & how we can help
April
11th - Life with Parkinson's
March
29th - The one about the Bipolar surveyor...
29th - What is Bipolar?
12th - Memory tips from the training front line
January
22nd - Losing a parent
8th - Frequently asked questions about LionHeart
2018
December
7th - LionHeart's support was a game-changer when I failed APC
August
16th - When the reality of motherhood doesn't quite go to plan
July
10th - The story behind surveying's Sisterhood Summit
2nd - The rollercoaster of being a first-time dad
June
22nd - My father's suicide and what I've learnt
14th - Tips for your RICS APC final assessment interview
7th - Trust in the charity sector
May
21st - Is it really okay to not be okay?
April
17th - Building resilience through your APC
January
8th - 7 ways to get more active this year
2017
December
4th - Coping with loss and grief at Christmas
October
5th - "I was told I might not be cut out to be a surveyor"
September
26th - Resilience, and why we need it
August
21st - APC Revision Top Ten Tips
July
12th - LionHeart on new fundraising code of practice
June
19th - Living with 'invisible' illness
14th - How LionHeart helped us live life
13th - Men's Health Week 2017
May
22nd - Living with panic attacks
18th - Why we must care about work life balance
11th - The chicken-and-egg of mental health and shame
February
2nd - What I learnt from Dry January
January
31st - "My 19-year journey to MRICS is what made me"
5th - Ways to be kind to yourself in 2017
2016
September
7th - Suicide prevention
August
1st - Coping with APC stress
July
13th - "I constantly watch my husband for suicidal signs"
May
26th - Dealing with referral at APC Final Assessment
19th - How mindfulness can help your relationships
18th - "I live, and thrive, with depression"
17th - Men and mental health
16th - Mental health and your relationship
April
26th - Starting out in surveying
March
11th - A happy retirement
February
1st - My Dry(ish) January
January
21st - Spring clean your finances
6th - When to consider couples counselling
2015
December
4th - Having a (financially) healthier Christmas
November
19th - Identifying and dealing with workplace bullying
18th - How to help a loved one with an addiction
June
15th - Reflections on the Lionheart Surveyors’ Football League season
12th - Carers
10th - How LionHeart can support carers
9th - Desktop Relaxation techniques
May
29th - Techniques to help combat anxiety
20th - Helping a family member with depression
18th - Achievements that make a difference
16th - Five things that may indicate your colleague needs help
11th - Helping during a panic attack