My experiences of counselling 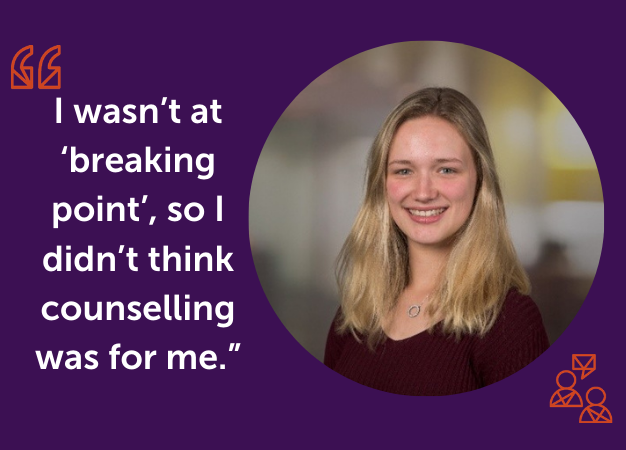 When I was having counselling through LionHeart, never did I imagine that it would help so much - nor that further down the line I would go on to be an ambassador for the charity.

I’d first heard about LionHeart from a friend of mine who was a surveyor at another firm. I had opened up to her about some personal issues I’d been having and she asked me if I knew about LionHeart. She encouraged me to consider their counselling service because, while she was happy to support me, she thought I would benefit from the experience.

At the time, I had noticed my behaviour was becoming somewhat erratic. My ability to control my emotional responses to situations and remarks was becoming unpredictable, and often extremely negative and damaging - for no real reason I could detect. I felt overwhelmed by everything and my mental health was rapidly deteriorating, along with my already incredibly poor self-esteem.

Once I’d discovered LionHeart’s counselling, I found I was able to confront the idea that my past experiences and childhood weren’t as far behind me as I might have first thought. Although I thought I’d moved on from traumatic events and they no longer affected me, it obviously wasn’t the case, and this was rapidly shaping the person I was becoming.

I was able to talk every week with a wonderful LionHeart counsellor who helped me identify these things in my past and form mantras and mechanisms to deal with them when they emerged in my current life. The counselling allowed me to really air and confront my experiences and helped me to form a generally more positive and forgiving perception of myself. In turn, it armed me with greater self-awareness and self-control so I could make better personal decisions, then start to form better goals and work more effectively towards achieving them.

Counselling isn’t a magic wand and obviously this is all an ongoing process, but LionHeart equipped me to continue it independently - while also offering a consistent safety net should I ever need help again.

While I was having counselling I came into contact with so many wonderful people from LionHeart and one of them happened to mention their Ambassador Programme, which really interested me.

It felt like coming full circle in a way - I really wanted to help other people find LionHeart if they needed it, and to help spread awareness of the excellent work they do.

Many people - including me just a few years ago - kind of dismissed seeking help like theirs because, whilst I was deeply unhappy, I wasn’t at my breaking point… yet.

I honestly felt like asking for help, counselling, whatever you might call it, was something you did when you were at rock bottom. I know now that that’s the absolute worst case scenario - the earlier the better!

If by sharing my experiences I can help even a few people realise that it’s ok to ask for support, and to do so as early as possible, it will be worthwhile.

Jordanne Dunn AssocRICS is a building surveyor for Savills in Birmingham. She now volunteers with LionHeart as a mental health ambassador. 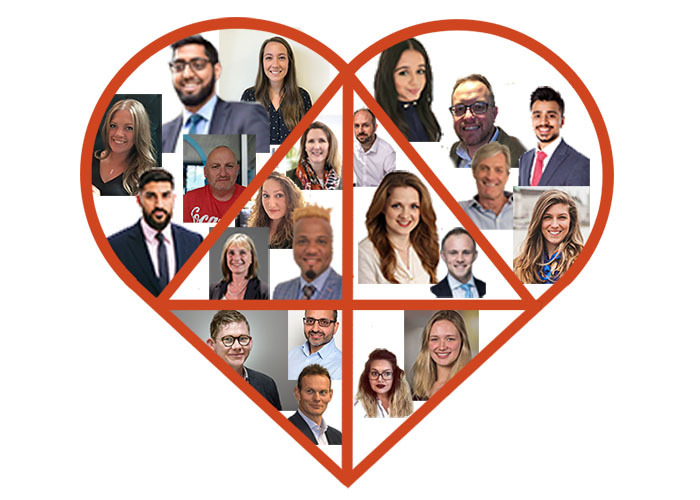 Be a LionHeart ambassador

2021
November
19th - How alcohol almost cost me everything
18th - Children's grief and how to help
16th - Alcohol, anxiety and how secrets keep you sick
4th - "I had no idea stress could cause a real physical pain"
October
22nd - 5 ways to get your teen talking
18th - The Positives of Menopause
13th - Baby loss and depression
12th - The pandemic’s impact on children's mental health (and what we can do about it)
8th - Don't judge a book - a story of depression and change
5th - LionHeart Back to Work support
September
29th - Post APC submission
16th - How families feel youth mental health
June
24th - 6 top tips if you’ve been referred
May
20th - Coaching for change
12th - “I’d hit absolute bottom – but it was the catalyst to seek help”
April
22nd - Spring into action by fundraising for LionHeart
March
4th - Reflecting on university mental health
February
15th - My experiences of counselling
January
20th - Worry Time - and how it helps
18th - My furlough & redundancy journey
13th - Volunteering and LionHeart
2020
November
30th - A road to change
2nd - Trusteeship through lockdown and uncertainty
October
12th - The importance of legacies
10th - Overwhelm - and overcoming it
8th - Lockdown and my mental health
September
28th - Creativity at Work
July
20th - Video
June
24th - 'If I can do it, so can you'
22nd - How to ace your APC interview online
8th - Help! I've been referred... what now?
3rd - Your coronavirus concerns, and how we're helping
May
12th - Managing health anxiety through Covid-19 - and how we helped Mike
12th - How coronavirus might be affecting your mental health
March
31st - Rising to the coronavirus challenge
24th - Keep connecting - in a different way
13th - Demonstrating our impact
February
4th - The Big C and grabbing life
4th - "Cancer wasn't meant to happen to us"
January
30th - My journey as a charity trustee
7th - Top 10 tips for CVs and interviews
2019
December
9th - Grief and loss at Christmas
November
7th - Charity trusteeship
6th - How counselling can help manage stress
October
9th - Living with anxiety and depression
July
10th - How coaching can help
May
16th - Changing attitudes to mental health
15th - The vicious circle of body image & mental health
14th - Social Anxiety & how we can help
April
11th - Life with Parkinson's
March
29th - What is Bipolar?
29th - The one about the Bipolar surveyor...
12th - Memory tips from the training front line
January
22nd - Losing a parent
8th - Frequently asked questions about LionHeart
2018
December
7th - LionHeart's support was a game-changer when I failed APC
August
16th - When the reality of motherhood doesn't quite go to plan
July
10th - The story behind surveying's Sisterhood Summit
2nd - The rollercoaster of being a first-time dad
June
22nd - My father's suicide and what I've learnt
14th - Tips for your RICS APC final assessment interview
7th - Trust in the charity sector
May
21st - Is it really okay to not be okay?
April
17th - Building resilience through your APC
January
8th - 7 ways to get more active this year
2017
December
4th - Coping with loss and grief at Christmas
October
5th - "I was told I might not be cut out to be a surveyor"
September
26th - Resilience, and why we need it
August
21st - APC Revision Top Ten Tips
July
12th - LionHeart on new fundraising code of practice
June
19th - Living with 'invisible' illness
14th - How LionHeart helped us live life
13th - Men's Health Week 2017
May
22nd - Living with panic attacks
18th - Why we must care about work life balance
11th - The chicken-and-egg of mental health and shame
February
2nd - What I learnt from Dry January
January
31st - "My 19-year journey to MRICS is what made me"
5th - Ways to be kind to yourself in 2017
2016
September
7th - Suicide prevention
August
1st - Coping with APC stress
July
13th - "I constantly watch my husband for suicidal signs"
May
26th - Dealing with referral at APC Final Assessment
19th - How mindfulness can help your relationships
18th - "I live, and thrive, with depression"
17th - Men and mental health
16th - Mental health and your relationship
April
26th - Starting out in surveying
March
11th - A happy retirement
February
1st - My Dry(ish) January
January
21st - Spring clean your finances
6th - When to consider couples counselling
2015
December
4th - Having a (financially) healthier Christmas
November
19th - Identifying and dealing with workplace bullying
18th - How to help a loved one with an addiction
June
15th - Reflections on the Lionheart Surveyors’ Football League season
12th - Carers
10th - How LionHeart can support carers
9th - Desktop Relaxation techniques
May
29th - Techniques to help combat anxiety
20th - Helping a family member with depression
18th - Achievements that make a difference
16th - Five things that may indicate your colleague needs help
11th - Helping during a panic attack