My father's suicide and what I've learnt 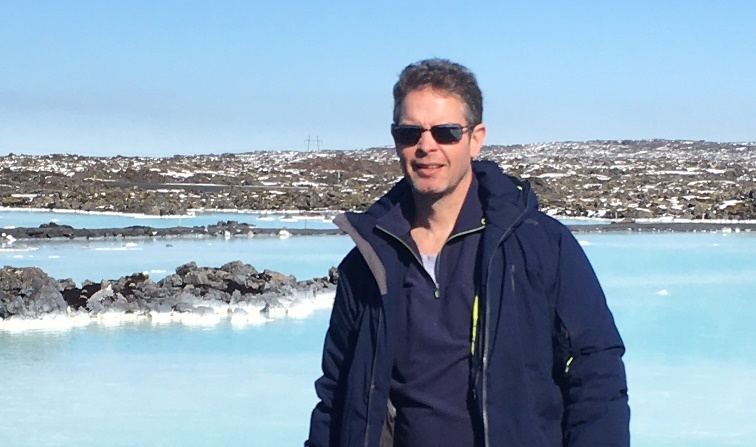 My biggest frustration is the lack of memory I have for my father.
I split my childhood into two stages: before and after January 1979, when my father took his own life.
I remember a normal family life before he died, a happy daily life, going on holidays. But after his death it was much more of a blur.
My father went through some very difficult times before his death. He lost his best friend and business partner about 18 months prior and, in the summer of 1978, a Spanish student on an exchange programme died while staying with us. These events must have had a significant effect on him.
The last recollection I have of him was in 1979, seeing him rocking on a living room chair. My mum tried to get me and my brother to go and give him a cuddle. My feelings at the time were to resist, for some reason.
At the end of January he went for a walk in some woods, and we never saw him again. I was nine years old.
I remember crying when I was told he was dead, but not at the funeral; I think I was in shock.
In denial
The four years after I think I was in denial for the most part, feeling different to other kids. There were a lot of what ifs and questions like ‘is he really still alive somewhere else?’, but I never spoke about him.
Life was financially much more of a struggle and parent time was very limited as a result. Mum was working so I spent a lot of time with my grandmother. My father had been an architect, and well paid, my mother had to go from being a housewife to working as a full-time secretary, not so well paid.
As I grew into a man I found myself wanting to emulate him. I chose a career in property, because he was an architect, and I felt it was following in his footsteps. My father was put on a pedestal. In my mind, he was perfect. When my mother got a new partner, it was very difficult for me to bond with him.
My 20s were spent living life to the full, but strangely I was maybe too carefree, because in the back of my mind I remember thinking, ‘I’m like my father, I’ll only live as long as he did’. I was a bit over-sensitive to illness, always thinking ‘this is it!’.
But there were no feelings of depression or sadness. In fact, it was difficult for me to express any feelings to anyone. I disliked my own company. I also had some minor anger issues, which I only show to loved ones, never professionally.
Becoming a father
My first son was born when I was 35, the second at 39. The fact I had two boys like my Dad compounded my feelings of following him. My 40th birthday was a very difficult age to reach, because my father died at 42. I decided I needed counselling, and that’s when the feelings I didn’t even know I had gushed out… anger, frustration, regret and confusion. I felt like I came to terms with myself through this counselling, being my own man.
Becoming 42 (and feeling so young!) and having both my children pass the age of 9 (my age when my father died) was probably the hardest part. Now, being the other side of 42 and continually seeing what he missed, especially my children’s achievements in and out of school - it makes me have regret for him, but also a kind of jealousy towards my children. I didn’t get the chance to do these things with my dad. Might I have achieved different things with him around?
Reflecting
When I reflect on how my father’s death has affected me as a person, it definitely hasn’t been positive overall. I do reflect on how different my life would’ve been if he hadn’t done what he did. I wonder if I could have done something to stop him and if I was in any way responsible. The fact that he just disappeared one day has manifested in separation anxiety when one of my loved ones doesn’t respond or goes off on a walk.
When my sons were very young I would always be very keen to be there at bedtime and special events and would arrange work around them. I’m passionate about living for the moment and spending time with the people I love and friends as much as possible, because I have very little real memory about my father and I think that knowing your roots and history is so important in life.
Ironically it probably made me more driven from a career point of view as I was trying to prove something to him - even though I never could.
If there’s one message I want to send to people by sharing my story, it’s this: you have so much value, you matter, you are worth it!
Tim Harvey MRICS became chartered in 1994 and is an investment surveyor running his own small property company in Hertfordshire. He is part of the Property Gun and Punt Club and helps run an annual shooting fundraiser for LionHeart, raising thousands of pounds over the last 15 years.

2021
November
19th - How alcohol almost cost me everything
18th - Children's grief and how to help
16th - Alcohol, anxiety and how secrets keep you sick
4th - "I had no idea stress could cause a real physical pain"
October
22nd - 5 ways to get your teen talking
18th - The Positives of Menopause
13th - Baby loss and depression
12th - The pandemic’s impact on children's mental health (and what we can do about it)
8th - Don't judge a book - a story of depression and change
5th - LionHeart Back to Work support
September
29th - Post APC submission
16th - How families feel youth mental health
June
24th - 6 top tips if you’ve been referred
May
20th - Coaching for change
12th - “I’d hit absolute bottom – but it was the catalyst to seek help”
April
22nd - Spring into action by fundraising for LionHeart
March
4th - Reflecting on university mental health
February
15th - My experiences of counselling
January
20th - Worry Time - and how it helps
18th - My furlough & redundancy journey
13th - Volunteering and LionHeart
2020
November
30th - A road to change
2nd - Trusteeship through lockdown and uncertainty
October
12th - The importance of legacies
10th - Overwhelm - and overcoming it
8th - Lockdown and my mental health
September
28th - Creativity at Work
July
20th - Video
June
24th - 'If I can do it, so can you'
22nd - How to ace your APC interview online
8th - Help! I've been referred... what now?
3rd - Your coronavirus concerns, and how we're helping
May
12th - How coronavirus might be affecting your mental health
12th - Managing health anxiety through Covid-19 - and how we helped Mike
March
31st - Rising to the coronavirus challenge
24th - Keep connecting - in a different way
13th - Demonstrating our impact
February
4th - "Cancer wasn't meant to happen to us"
4th - The Big C and grabbing life
January
30th - My journey as a charity trustee
7th - Top 10 tips for CVs and interviews
2019
December
9th - Grief and loss at Christmas
November
7th - Charity trusteeship
6th - How counselling can help manage stress
October
9th - Living with anxiety and depression
July
10th - How coaching can help
May
16th - Changing attitudes to mental health
15th - The vicious circle of body image & mental health
14th - Social Anxiety & how we can help
April
11th - Life with Parkinson's
March
29th - What is Bipolar?
29th - The one about the Bipolar surveyor...
12th - Memory tips from the training front line
January
22nd - Losing a parent
8th - Frequently asked questions about LionHeart
2018
December
7th - LionHeart's support was a game-changer when I failed APC
August
16th - When the reality of motherhood doesn't quite go to plan
July
10th - The story behind surveying's Sisterhood Summit
2nd - The rollercoaster of being a first-time dad
June
22nd - My father's suicide and what I've learnt
14th - Tips for your RICS APC final assessment interview
7th - Trust in the charity sector
May
21st - Is it really okay to not be okay?
April
17th - Building resilience through your APC
January
8th - 7 ways to get more active this year
2017
December
4th - Coping with loss and grief at Christmas
October
5th - "I was told I might not be cut out to be a surveyor"
September
26th - Resilience, and why we need it
August
21st - APC Revision Top Ten Tips
July
12th - LionHeart on new fundraising code of practice
June
19th - Living with 'invisible' illness
14th - How LionHeart helped us live life
13th - Men's Health Week 2017
May
22nd - Living with panic attacks
18th - Why we must care about work life balance
11th - The chicken-and-egg of mental health and shame
February
2nd - What I learnt from Dry January
January
31st - "My 19-year journey to MRICS is what made me"
5th - Ways to be kind to yourself in 2017
2016
September
7th - Suicide prevention
August
1st - Coping with APC stress
July
13th - "I constantly watch my husband for suicidal signs"
May
26th - Dealing with referral at APC Final Assessment
19th - How mindfulness can help your relationships
18th - "I live, and thrive, with depression"
17th - Men and mental health
16th - Mental health and your relationship
April
26th - Starting out in surveying
March
11th - A happy retirement
February
1st - My Dry(ish) January
January
21st - Spring clean your finances
6th - When to consider couples counselling
2015
December
4th - Having a (financially) healthier Christmas
November
19th - Identifying and dealing with workplace bullying
18th - How to help a loved one with an addiction
June
15th - Reflections on the Lionheart Surveyors’ Football League season
12th - Carers
10th - How LionHeart can support carers
9th - Desktop Relaxation techniques
May
29th - Techniques to help combat anxiety
20th - Helping a family member with depression
18th - Achievements that make a difference
16th - Five things that may indicate your colleague needs help
11th - Helping during a panic attack