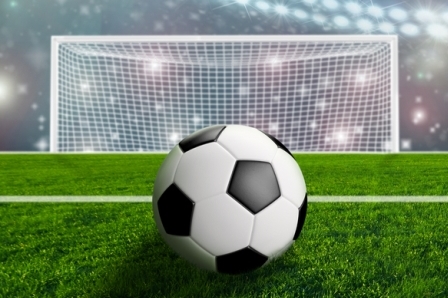 Entering a graduate job in a new city can be a nerve-wracking experience, but the best way to quell these nerves is to integrate into your firm and get to know people. Whilst it is straightforward to get to know your team and fellow graduates, it can be more difficult to meet others around the business, particularly in a large company with several offices in London alone.

One of the best ways to breach this gap is to join a company sports team - in my instance the DTZ 11-a-side football team. Having played football through my teenage years and then for my university, I was keen to continue this in my professional life and was welcomed straight into the squad.

The game itself is of a decent standard and highly competitive - far more so than I had anticipated. On a match day, there was always a great sense of anticipation among the lads who would be playing that evening, in the build up to the rush to Paddington REC or Burgess Park from the office.

In terms of my team’s season, it was hugely successful. DTZ won the second division and reached the heady heights of the LionHeart Surveyors’ Football League First Division. However, while the on-pitch achievements were hugely satisfying, it was the off-field camaraderie the team developed which was most valuable.

The football team brings together a mixture of people from all areas of the business, and from all levels and positions - graduates to directors. This was fantastic as it brought together DTZ employees, who may have had only minimal contact were it not for the LionHeart League.

Participating in the LionHeart League allows you to not only reinforce existing relationships within the company, but also form new ones. Being away from the office environment is a great way to get to know people, especially having celebratory (or commiseratory) drinks after a game. Football, and sport in general, is also a great leveller. It doesn’t matter whether you’re a senior director or a graduate - you’re all equal in the team and the usual airs and graces of office convention are removed in a sporting environment. On a personal level, I got to meet people from around the business, as well as those in senior positions who may help me as my career progresses.

Furthermore, taking part in the league created a real sense of pride in representing the company, as we all shared the successes and failures of the season. Enjoying some healthy competition with other surveying firms adds an element of spice.

Crucially, the reason behind the league is the fantastic work of LionHeart. The league has been running for 14 seasons and in that time has raised £64,000 for the charity, which is reason enough to take part. Beyond the money raised, the league has also raised my own awareness of LionHeart and the important work they do. Prior to starting DTZ, I wasn’t aware of the charity and playing in the football league has enhanced not only my understanding of its purpose, but also my team-mates and colleagues.

LionHeart’s raison d’etre is to help those in the surveying profession, and their families, in times of hardship. For someone like me - mid-twenties and in the infancy of their career - it can feel unimaginable to find yourself in a position where you need help. But LionHeart has helped many RICS members since its inception - be that for financial grants; job-coaching and support, and counselling.

Whilst surveying is a rewarding and desirable profession, you never know when you’ll need help, and having a benevolent fund in the form of LionHeart is essential. Being a member of the RICS means you’re part of a far wider network and we’re all part of the same profession. It is only right that there is a support network in place for our fellow members when they hit a blip.

Having participated in the LionHeart Surveyors’ Football League, I can fulsomely recommend taking part. First and foremost, it’s great fun, but even more importantly I’ve made firm friends from around the company while supporting an exceptionally worthy cause.

My advice - get involved.

James Wilson works for DTZ in London and wrote this as a guest blog for LionHeart.

2021
March
4th - Reflecting on university mental health
February
15th - My experiences of counselling
January
20th - Worry Time - and how it helps
18th - My furlough & redundancy journey
13th - Volunteering and LionHeart
2020
November
30th - A road to change
2nd - Trusteeship through lockdown and uncertainty
October
12th - The importance of legacies
10th - Overwhelm - and overcoming it
8th - Lockdown and my mental health
September
28th - Creativity at Work
July
20th - Video
June
24th - 'If I can do it, so can you'
22nd - How to ace your APC interview online
8th - Help! I've been referred... what now?
3rd - Your coronavirus concerns, and how we're helping
May
12th - Managing health anxiety through Covid-19 - and how we helped Mike
12th - How coronavirus might be affecting your mental health
March
31st - Rising to the coronavirus challenge
24th - Keep connecting - in a different way
13th - Demonstrating our impact
February
4th - The Big C and grabbing life
4th - "Cancer wasn't meant to happen to us"
January
30th - My journey as a charity trustee
7th - Top 10 tips for CVs and interviews
2019
December
9th - Grief and loss at Christmas
November
7th - Charity trusteeship
6th - How counselling can help manage stress
October
9th - Living with anxiety and depression
July
10th - How coaching can help
May
16th - Changing attitudes to mental health
15th - The vicious circle of body image & mental health
14th - Social Anxiety & how we can help
April
11th - Life with Parkinson's
March
29th - What is Bipolar?
29th - The one about the Bipolar surveyor...
12th - Memory tips from the training front line
January
22nd - Losing a parent
8th - Frequently asked questions about LionHeart
2018
December
7th - LionHeart's support was a game-changer when I failed APC
August
16th - When the reality of motherhood doesn't quite go to plan
July
10th - The story behind surveying's Sisterhood Summit
2nd - The rollercoaster of being a first-time dad
June
22nd - My father's suicide and what I've learnt
14th - Tips for your RICS APC final assessment interview
7th - Trust in the charity sector
May
21st - Is it really okay to not be okay?
April
17th - Building resilience through your APC
January
8th - 7 ways to get more active this year
2017
December
4th - Coping with loss and grief at Christmas
October
5th - "I was told I might not be cut out to be a surveyor"
September
26th - Resilience, and why we need it
August
21st - APC Revision Top Ten Tips
July
12th - LionHeart on new fundraising code of practice
June
19th - Living with 'invisible' illness
14th - How LionHeart helped us live life
13th - Men's Health Week 2017
May
22nd - Living with panic attacks
18th - Why we must care about work life balance
11th - The chicken-and-egg of mental health and shame
February
2nd - What I learnt from Dry January
January
31st - "My 19-year journey to MRICS is what made me"
5th - Ways to be kind to yourself in 2017
2016
September
7th - Suicide prevention
August
1st - Coping with APC stress
July
13th - "I constantly watch my husband for suicidal signs"
May
26th - Dealing with referral at APC Final Assessment
19th - How mindfulness can help your relationships
18th - "I live, and thrive, with depression"
17th - Men and mental health
16th - Mental health and your relationship
April
26th - Starting out in surveying
March
11th - A happy retirement
February
1st - My Dry(ish) January
January
21st - Spring clean your finances
6th - When to consider couples counselling
2015
December
4th - Having a (financially) healthier Christmas
November
19th - Identifying and dealing with workplace bullying
18th - How to help a loved one with an addiction
June
15th - Reflections on the Lionheart Surveyors’ Football League season
12th - Carers
10th - How LionHeart can support carers
9th - Desktop Relaxation techniques
May
29th - Techniques to help combat anxiety
20th - Helping a family member with depression
18th - Achievements that make a difference
16th - Five things that may indicate your colleague needs help
11th - Helping during a panic attack