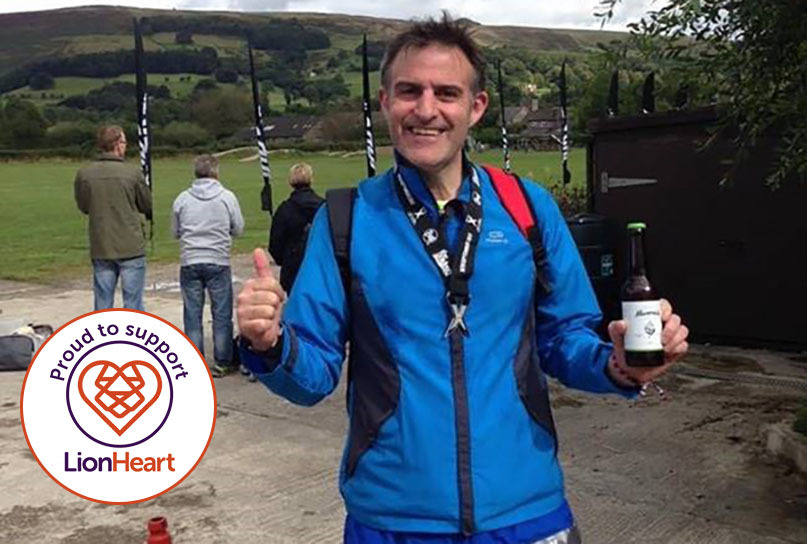 A surveyor who was previously supported by LionHeart is to run his very own half marathon event to raise money for us.

James Cram will pound the route of the Hatters Half in Stockport later this month as a way of helping LionHeart help other people as we once helped him.

He said: “LionHeart helped me through some tough times in the past, be it after the financial crisis of 2008/2009 or help with bereavement. I know many people across the surveying world are likely to experience similar in the wake of the Covid-19 virus and want to help LionHeart assist them as they helped me when I needed it.

“I’m now coming up to my 10th anniversary at Legal & General - it made me think that 10 years ago I had been relying on a LionHeart grant and food parcel, and how truly thankful I am to have had your support. It’s a support that I will never forget.

“At that time, I had been made redundant and was working via a zero hours contract, which unfortunately, due to the extreme low work volumes in the industry, meant a significant and sudden loss of income.”

Now James plans to run a virtual half marathon later this month, hoping to beat a target of £1000, with generous bosses of Legal & General pledging to match fund up to £500.

He said: “I’m planning on running (slowly!) on Sunday 24th May, along the route of the Hatter half marathon in Stockport.”

He will set out from Edgeley Park, home of Stockport County FC, before tracking along part of the Trans Pennine Trail and along the River Mersey before finishing in Edgeley. It is the usual route of the Hatters Half, due to have been staged for the sixth year in early September but unfortunately cancelled because of Covid-19.

LionHeart’s fundraiser Faye Smith said: “We really appreciate James’s amazing efforts and it’s so lovely to know that we’ve been there to help him personally through challenging times in the past.

“Like many charities, we’ve seen a number of fundraising events cancelled this summer which some of our regular fundraisers organise year after year for us, so we’re especially grateful that James has thought of us. As a result of the Covid-19 pandemic we are experiencing an increase in the number of people who need our support, and we are determined to be as responsive as we possibly can so every single pound that James can raise will help us support a fellow surveyor through this tough time.”