Men, and asking for help 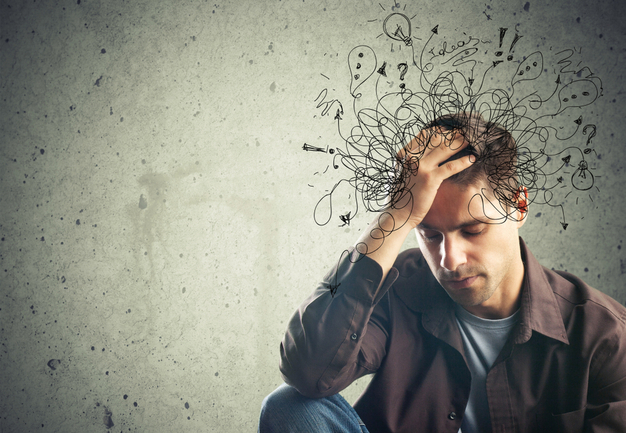 This week is Men’s Health Week, with a particular emphasis on the theme of men, mental health and Covid-19.

Despite a challenging 18 months and the impact the Covid lockdowns and all the uncertainty will have had on many people’s mental health, men remain far less likely to seek help for issues like stress, anxiety and depression - and proportionately much more likely to die by suicide - than women.

There are some definite signs that the stigma among men and the issue of mental health is on the change though, especially as more high-profile men have begun to share their own experiences publicly.

LionHeart’s own statistics have shown a huge leap in the number of male surveyors accessing our counselling service; in fact, over the last six years, the number of men taking up counselling with us has risen by an incredible 2900%.

Overall, we have seen a 265% increase in men calling LionHeart in relation to their mental health, including stress, over the last six years, with 2020 being the biggest number ever.

LionHeart counsellor Mark Hodson says: “The positive is that because of the work of organisations like ours and others, and a greater focus on mental health in mainstream media, attitudes to seeking support are definitely changing.

“However, even with these positive campaigns, asking for help with your mental health can still be a huge hurdle to overcome and our clients frequently say that they feel like needing support is a sign of weakness. Of course, this can be true for both genders, but particularly men, who often struggle with the conflict of having to appear ‘strong’ and be the dependable ones.

“There can be a huge number of reasons that men may feel this way - it can be down to self-expectation or the perceived expectations of others. Sometimes it can be how someone was raised, and I have had clients say to me that they put off talking or asking for help because they believed their own male role models would not have done so, therefore unfortunately for them to reach out for help  themselves was a real last resort.”

The current picture at LionHeart reflects the uncertainty and challenges that Covid-19 has brought, especially as we begin to come out of lockdown restrictions and maybe look towards the future.

Mark added: “Many people may be reflecting on a lot of different issues; the impact of lockdown generally on their mental health as well as the potential impact of any losses that they may have experienced but perhaps felt unable to process because of the unique set of circumstances that 2020 imposed on all of us. Stress and anxiety around returning to work after the pandemic is also very common and people will be at different stages with what they feel is okay for a while yet.”

It is hoped that by continuing to focus on the subject of male mental health through weeks like Men’s Health Week, asking for help will continue to be more normalised and that fewer men will wait until they hit that rock bottom before they seek support.

Very often, the men who seek counselling with LionHeart will have actually struggled with their mental health for most of their lives without acknowledging or understanding it, until they either find themselves in a breakdown situation or there is a catalyst in their lives that finally makes them recognise they could use some help.

Mark said: “Peter* was a 53-year-old surveyor who had struggled with depression and anxiety for most of his adult life - in fact, his first memory of feeling anxious was in his early teens. He would have frequent panic attacks, but had no idea what they were, and these persisted throughout his adult life.

“The catalyst for him reaching out for counselling was his divorce, but helping him understand his anxiety became a big focus of our work. He described our sessions as life changing, saying that he hadn’t contacted anyone before as he felt his family would judge him for it. He’d also kind of accepted that the way he felt was simply how things were for him and felt it was too late to make any changes.

“We were so pleased to be able to help Peter manage his anxiety and the future now looks quite different for him. It’s never too late to get help, but the earlier we can encourage men to speak out the earlier we can help them make positive changes that will improve their lives and mental wellbeing.”

*Peter is not his real name