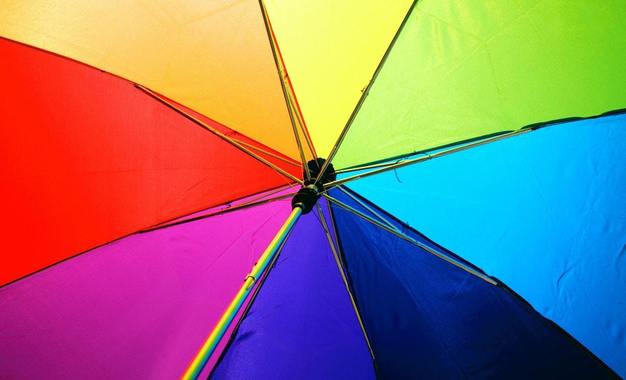 More than 1 in 4 of us are now likely to suffer with a common mental health problem, such as stress, anxiety or depression, at some point in our lives, figures show.

But figures show that LGBT+ people are even more likely to experience depression, with other factors including age, ethnicity, religion and where people live also having an influence.

Almost half (46%) of trans people had thought about taking their own life in the last year, while 41% of non-binary people had self-harmed.

The LGBT in Britain: Health Report also revealed that 61% of LGBT+ people have suffered with anxiety. That’s more than three times the proportion of people in the general population (17%) said by the NHS to suffer from anxiety, depression and other common mental health issues.

Many factors are thought to contribute to these higher levels of mental health issues: including fear of discrimination, exposure to hate crime and feeling isolated especially from friends and family. And hiding your true self, especially in the workplace, can also put people under great strain, as LionHeart mental health ambassador Dave Vernon explains below;

"I hid my sexuality from the entire world for decades until, in my mid-40s, the pressure of doing so became too much. I was married (to a woman) and had two wonderful teenage children, beautiful house, successful career, but I descended into a deep hole of depression due to not being able to be myself day after day after day. Like many men (and women) of my age, I didn’t come out at school or during the formative adult years afterwards.

Fear of rejection, humiliation and carrying the weight of expectation I should be like everyone else from my small Nottinghamshire mining town kept me from ever allowing myself to be truly happy. As my depression deepened, I became increasingly withdrawn. I stopped going out, engaging at work and couldn’t be bothered with things I normally took pleasure in.

I got help from my employer at the time with counselling and was eventually able to see that, despite my fears, maybe coming out wouldn’t be the catastrophe I thought it would be.

So, at the age of 46, I finally told my friends and family the secret I’d hidden for so long. The result was amazing and even though it meant the end of my marriage, my ex-wife, family and friends have all helped me to accept that I won’t in fact be cast out or lose everything I’ve got, and that I can actually be happy in ONE life, not two.

Up until my current job, I’d always kept my sexuality buried very deeply at work. I left school at 16 and went to work on building sites, later joining the armed forces - both environments where it could be very difficult to be open about being anything other than heterosexual.

The added fear of being “found out” and working hard to keep my true sexuality hidden was a huge burden. The social side of work was even more difficult, constantly trying to be what everyone thought I was.

Over time, this does affect your mental health. The pressure is immense.

Happily, I’m now working for an employer where for the first time, I feel comfortable about being myself. Everyone knows about my sexuality and my partner and I attend social work events together.

The freedom that this brings is so liberating, I feel more confident, happier and am therefore able to concentrate all my efforts into doing the best job that I possibly can, rather than putting energy into hiding my sexuality. I feel that my mind is clearer.

I still come across people in my working life who are unaware of my sexuality and this can cause a little anxiety but I’m working hard to overcome this and be open and honest whenever the question arises. People, especially in the construction industry, still tend to assume that everyone is straight until told differently!