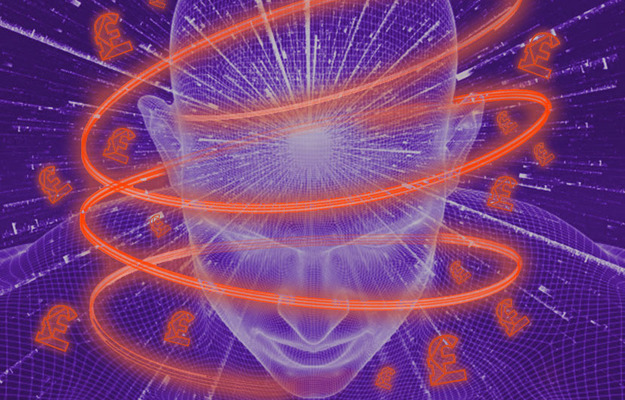 Worrying about money can get in the way of everything - it can lead to constant negative thoughts, whether that’s beating yourself up over mistakes you may have made in the past, or lying awake at night wondering how you’re going to pay your next bills or even look after your family.

It’s no wonder then that debt and money worries seem to go hand in hand with poor mental health. In fact, statistics suggest that as many as half of all adults with debt also have a mental health problem: constantly worrying about your finances can trigger anxiety or depression.

And 1 in 4 of those with a common mental health issue is also struggling with debt - possibly because they may struggle to make decisions or can’t face paying a bill or dealing with a creditor.

People with anxiety can get trapped into a vicious circle of worrying about debts, worrying about losing their job or imagining the worst case scenario. Those suffering from depression may struggle to find the energy to deal with bills and other financial ‘housekeeping’ tasks, such as keeping track of their spending.

At the opposite end of the spectrum, people with Bipolar disorder may, during periods of mania, go on excessive spending sprees that they can neither control nor afford in real life.

Research by The Money and Mental Health Policy Institute in 2019 found that in England alone over 1.5 million people are experiencing both problem debt and mental health problems, while 100,000 people in England attempt to take their own life each year while struggling with problem debt.

The study of nearly 5,500 people in with mental health problems found that, while unwell:

We asked one of the LionHeart mental health ambassadors to talk a little bit about their relationship with money.

I have had my horrendous downs with money. The first year my business was trading I got hacked and found myself £15,000 in debt with no income streams. That hurt more than anything.

Back in my second year of uni, at one point I couldn’t even afford a loaf of bread because I put too much faith in friends I’d lent money to who never paid me back.

At times, I’ve really struggled with money, and that’s left me feeling so scared of being back in that position that I’ve put huge pressure on myself to earn, earn, earn, so I never find myself at rock bottom again. But then that in turn means whatever I do never seems to match up to my own high expectations of myself.

I am absolutely a money worrier. It makes me anxious, and can cause me to make bad decisions… especially when it comes to business. When I’m in a cycle of ‘I have no money’, I start getting upset and having sleepless nights. If I launch a new aspect of my business I can have a tendency to try and force things, rather than let it play out, which never ends well.

Here’s the thing, I’ve been in terrible debt where I’ve had £8.92 left to my name at the end of my overdraft, and I’ve had times where my business has been doing very well with no cash flow problems. And yet, my money mindset hasn’t really changed - it’s like a dark cloud of anxiety that hangs over me.

I’ve always felt like money is a marker of success which is why it can drag me down to the pits of despair or make me feel like I’m not good enough, or worth paying. Then I feel bad about having this anxiety because I’ve built a business and a property portfolio and now have multiple income streams so, really, I am in a very privileged position (even if I always feel like it’s never good enough or secure enough!)

Even sitting down to write this made me feel uncomfortable. Money has this ability to make me cringe, grind my teeth and cause stress headaches like nothing else. Fortunately for me, I now have a husband who is good with money and passes on some of his skills and helps to keep me feeling rational about it. But it’s definitely a mindset that’s hard to break!